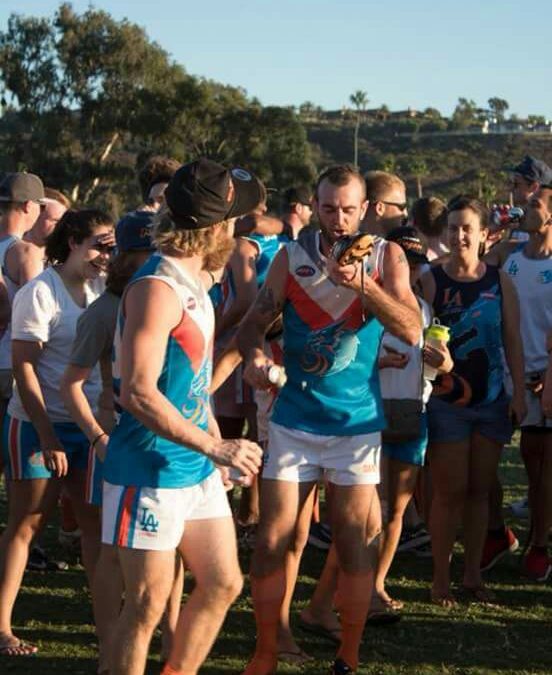 This week, we’d like you to meet Cam Freeman. Cam traveled with the team to Nashville over the weekend and made his Bulldog debut. Cam played in the doggies midfield and took best a field honors for the bulldogs.

Q: What sports did you play prior to giving Aussie Rules footy a go (or previous footy clubs)?

Growing up I ran track and cross country. I also played ice hockey. I started my footy career with the Florida Redbacks. I have also spent time playing for Kew Bears, Manjimup Imperials, Mackay Magpies, LA Dragons and the US Revolution.

Q: What attracted you to footy?

The physical contact and running that is involved in the game. Plus every team I have played for has been a great group of guys.

It is a toss up between taking hangers and kicking goals while getting tackled.

Q: Best memory as a Bulldog so far?

Taking a hanger against Austin Crows on the weekend.

Q: What are your personal goals for this year?