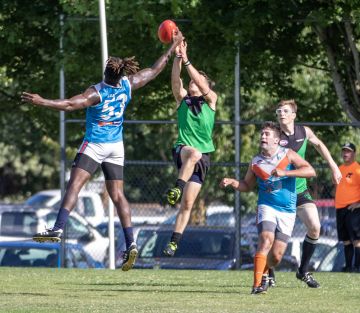 They’ll also be a key warm up for the men and women who will represent the USA at next summer’s AFL International Cup championships in Australia.

Below is the 2020 USAFL Regional Tournament Series Schedule:

June 13th sees the summer kick off in high style as Big “D” hosts their first Regionals tournament ever. The hometown Dallas Dingoes will host teams from the Central Region, including the two-time defending National Champion Austin Crows and the up-and-coming Texas Heat women’s side. The Minnesota Freeze women will look to repeat as Women’s Regional Champions after a strong 2019 campaign.

Two weeks later, on June 27th, the scene shifts to the Queen City, Cincinnati, which hosts its first major USAFL carnival since the first three National Championships from 1997-99. The Philadelphia Hawks will be on the hunt for their third straight Men’s Eastern Regional D1 title, though the home standing Ohio Valley River Rats will have something to say about that. The New York Magpies women will also be on the hunt for a repeat, but will have to deal with a strongly developing group of athletes from DC, Philadelphia, Columbus, and others.

Bringing down the curtain on the summer series will be the Western Regional Championships on July 11th. Westminster City Park, just northwest of Denver, will provide its stunning backdrop for Regionals for the third time in four years. The Denver Bulldogs and Denver Lady Bulldogs will tangle with fellow powerhouses from San Diego, Seattle, Los Angeles, Orange County, Portland, and Arizona. The Golden Gate Roos and San Francisco Iron Maidens are the Men’s D1 and Women’s defending Regional Champions here, and both will have their hands full with the field and the elevation.

The season will conclude with the 24th edition of the USAFL National Championships, which are tentatively scheduled for October 10-11, 2020 at a location to be confirmed in the coming days.