OUR HISTORY
THE START OF SOMETHING GREAT

Founded in 1997, the Denver Bulldogs have since become the most successful club in USAFL history. Since the beginning of recorded games in 1999, the men have won 149 games, resulting in 8 national championships and the notoriety of being the best this country has ever seen.

The Womens team, The Lady Bulldogs, founded in 2009, has won 63 games resulting in 6 national championships. They’re also the most winningest team in the womens national league. 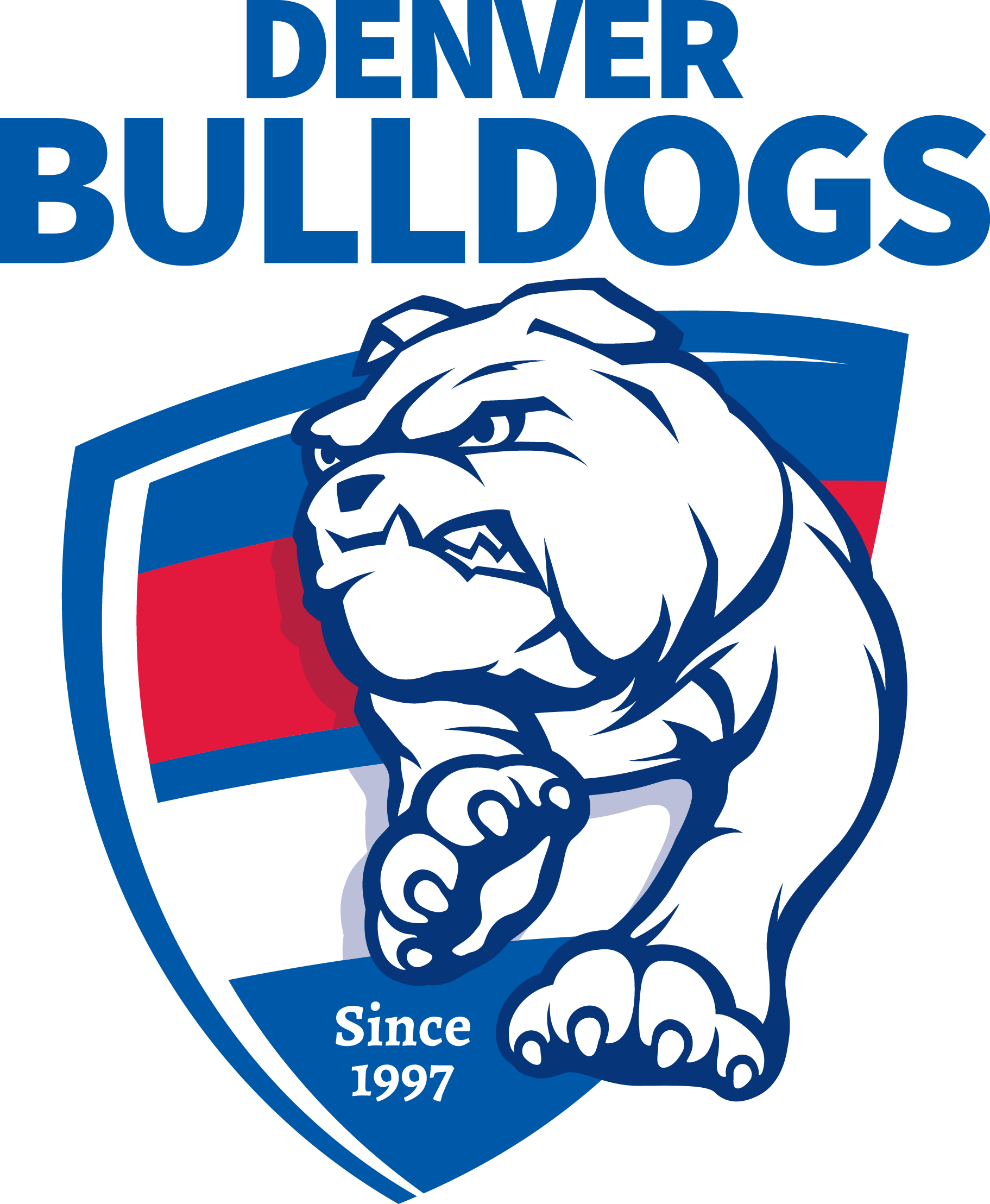 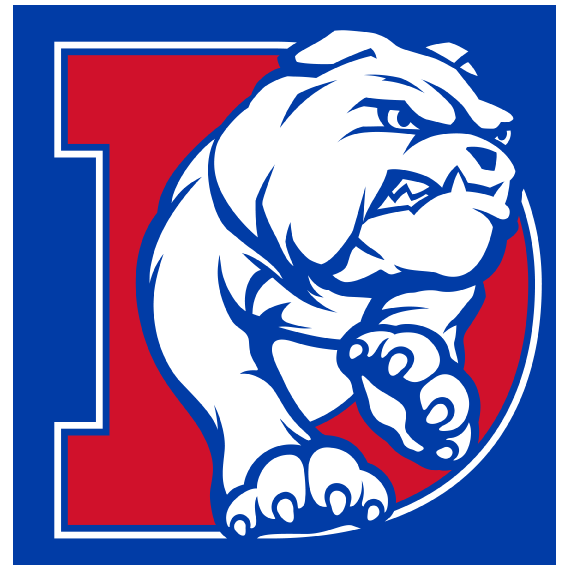 NATIONAL CHAMPIONSHIPS
HOW IT ALL STARTED

The genesis of the Denver Bulldog Australian Football Club began in 1997 when the arrival of the internet allowed a small, cult-like following of Aussie Rules Football enthusiasts, Aussie ex-pats, and innocent bystanders to come together in cyberspace and share their passion for the greatest game on earth. In late 1996, games of football were starting to be loosely organized in isolated parts of the country, and by early ’97 the United States Australian Football Association (the USAFA) was established.

A growing list of people began to accumulate nationwide, and links from internet searches provided people in Denver, Colorado to begin communications about starting a club.While several people played a major role in the founding of the Bulldogs, Craig Jones is considered the person who got it all going as the contact for Denver via the old USAFA website.

Initially, the list of people was short, and time passed for nearly a year before anyone met or organized a kick. Emails were exchanged discussing the club and what we should name it, along with several aborted weekend kicks. As other teams across the country were sprouting up they were able to secure a sister-club relationship with an AFL club back in Oz. Jones negotiated a deal with the Western Bulldogs who promised a set of used jumpers. (Little did we know they would be from the 80’s, but we were thrilled.)

After many emails, and phone calls, the inaugural kick was set for the Sunday of the Labor Day weekend of 1998, at Denver’s City Park. Two people, Craig Jones, and Jim Baldwin were the only attendees….Matt Dainauski actually drove around the park that day and tried to find the informal kick, but wasn’t able to find it. The following week, a Saturday, Jones, Baldwin, and Dainauski were joined by more founding members of the club, Rusty Waugh, Paul Renouf, John Hevko, Charley Ellis, Greg Merritt, and Mick Daly.Week after week, more people showed up; skills were the focus, as many had never played a game of footy before.

Of course, after each session, there was the obligatory beverages and camaraderie associated with footy, and one Saturday the initial club officers was voted in over a few beers. Craig Jones was elected President, Jonas Stoltz VP, Paul Renouf Secretary, and Mick Daly Treasurer. The club was slowly becoming organized.Finally, in early October 1998, the first Aussie Football match was played in Denver. On a shortened oval, two teams of 12 faced off: ‘Renouf’s Rejects’ versus the ‘Presidents team’. Now that many of the Americans had a taste of the game, each weekend saw a few new guys arrive, some stayed, some never returned.

Saturdays at City Park became routine for a core group of 15-20 guys from September to December of 1998. Various Pubs became the post footy locales, with some pledging sponsorship, only to have those promises broken, but at least the club was making efforts to gain some sponsorships. Off the field, Jonas Stoltz initiated the setup of the Bulldogs club website, Craig Jones had T-shirts made up, and the Bulldogs were gaining an identity.

The club’s first game was the Santa Cruz, California tournament in April, 1999. After a monumental road trip from Denver, the boys kitted up and played their first contests against Orange County and Santa Cruz (now Golden Gate). Coming away with their first win (against OC), the boys had a taste for the game and throughout 1999 and into 2000 didn’t miss a weekend of training. It was in this environment of sharp skills and peak fitness, coupled with a close-knit brotherhood that the ethos of the club was created – Hard Footy is Winning Footy.

The LA Nationals in 2000 was the creation of something special in the Denver squad. The boys played 6 games in one weekend and finished the tournament with its first National Championship, beating San Diego in the final. Now, 8 championships later (2000, 2002 – 2005, 2007, 2009, 2011) the Denver Bulldog men have demonstrated that you need more than luck to win it all.

In 2007 four Denver ladies (Tammy Davies, Lara Porter, Anna Thexton and Amie Kennedy) decided that footy wasn’t just for the guys. They started learning the basics during men’s training and could always be found having a kick until it was too dark to see the ball. However, without a full team, they played alongside the Arizona Hawks to compete in the 2007 Nationals and they immediately had the bug. Strong recruitment meant that their first Nationals tournament as the Denver Lady Bulldogs was in 2008 where in a cold, wet Colorado Springs they lost to the reigning premiers, Milwaukee, by one point. 10 years later, they now boast the longest Nationals winning streak in USAFL history – 6 Championships (2010-2015).

The Denver Bulldogs is strongly supported by both Americans and Aussies alike. We don’t just play a footy game every now and then; as a team we attend weddings, backyard BBQs, fundraisers, and funerals. We aren’t just a footy team; we are a footy family… and it was all started with four drunk blokes kicking a footy in a car park.

As successful and involved on the field as the Bulldogs have been, they have been just as successful and involved in the league’s development off the field. Over the years, at one time or another, a Bulldogs member has been sitting League President (3 separate terms), Regional VP, Head of Umpiring, Juniors, Revolution head and assistant coaches, Nationals Director, in addition to having league Hall of Fame and Life Members.

The Denver Bulldogs have recognized three key Bulldogs with “Founders Awards”; those being Matt Dainauski, Paul Renouf, Jim Baldwin and Rusty Waugh. These four bulldogs have been given lifetime memberships.

Craig Jones is considered the person who got it all going as the contact for Denver. 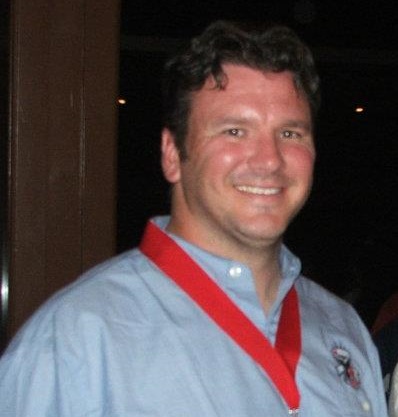 MATT DAINAUSKI
Co-Founder
Matt is a Founder of this club, has led the team to most of it’s championships and has kicked more goals than any other forward in the USAFL.

RUSSELL WAUGH
Co-Founder
Russell was the captain and coach of the very first Bulldogs premiership team in 2000. 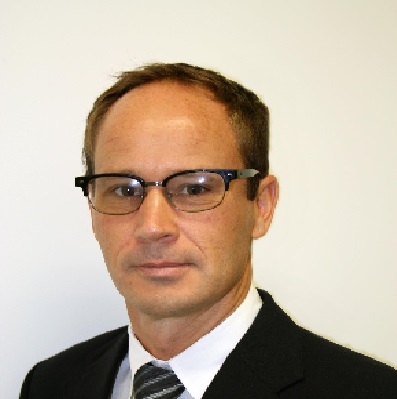 PAUL RENOUF
Co-Founder
“Ren” was a founding member of the Denver Bulldogs and was a key piece in the puzzle in building the most dominant USAFL football club in history.

Matt is a Founder of this club, has led the team to most of it’s championships and has kicked more goals than any other forward in the USAFL.

Russell was the captain and coach of the very first Bulldogs premiership team in 2000.

“Ren” was a founding member of the Denver Bulldogs and was a key piece in the puzzle in building the most dominant USAFL football club in history.